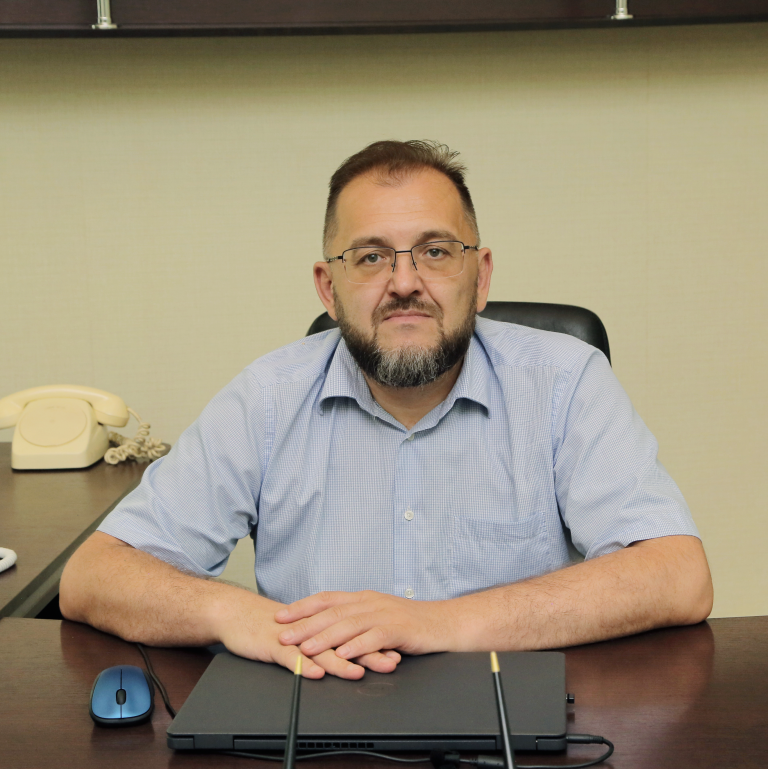 Vice-Rector for Academic and Methodical Affairs

Since July 2021 Oleh Yaroshenko is the Vice-Rector for Academic and Methodical Affairs.

He is the author of about 460 scientific papers. Member of the expert council on examination of dissertations of the Ministry of Education and Science of Ukraine on legal sciences, working group on organization and conduct of a unified professional entrance exam, as well as working group on methodological, organizational and analytical support of a unified state qualifying exam in specialties 081 “Law” and 293 “International Law”. Member of the specialized academic council of the University.

Prof. Yaroshenko is a member of the editorial boards of collections of scientific works “Bulletin of the National Academy of Legal Sciences of Ukraine”, “Problems of Legality”, “Actual Problems of Law: Theory and Practice”, “Theory and Practice of Jurisprudence”, “Social law”, scientific and legal journals “Labour and Social Law” (Republic of Belarus), “Legal Science and Practice”, “World of Science and Education”, as well as scientific and practical journal “Personnel Manager-01”, “World of Science and Education”. Oleh Yaroshenko participated in the development of draft LC of Ukraine, Law “On Civil Service”, “On Higher Education”, “On Employment”, “On Professional Development of Employees”, “On Social Dialogue in Ukraine”, “On Compulsory State Health Insurance”, etc.

Prof. Yaroshenko was elected Corresponding Member of the National Academy of Legal Sciences of Ukraine in 2017