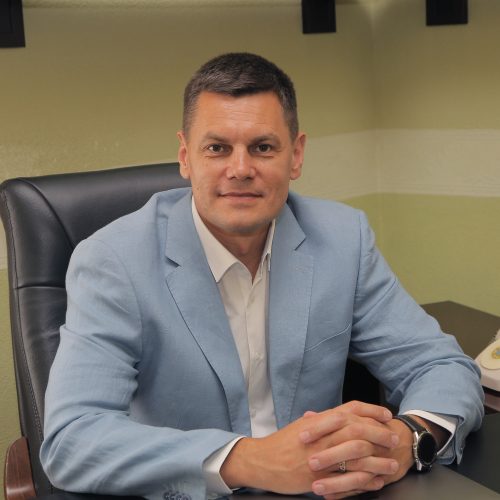 Dmytro Luchenko was born on September 27, 1974 in Kremenchug, Poltava region.

From 2014 to 2017 Dmytro Luchenko conducted his post-doctoral studies. In 2018 he defended his doctoral dissertation. Since September 2018 he has been working as a head of the scientific section of constitutional and administrative law of the Research Institute of State Building and Local Self-Government of the National Academy of Legal Sciences of Ukraine, since 2019 – professor of the Department of Administrative Law at Yaroslav Mudryi National Law University.

Prof. Luchenko is an author of more than 100 research works. He is a co-author, Deputy Editor-in-Chief of the 5th volume of the Great Ukrainian Legal Encyclopaedia “Administrative Law”, published by the National Academy of Legal Sciences of Ukraine.

Since 2021 Prof. Luchenko has been a member of the Scientific Council of the National Research Fund of Ukraine (section of social sciences and humanities).