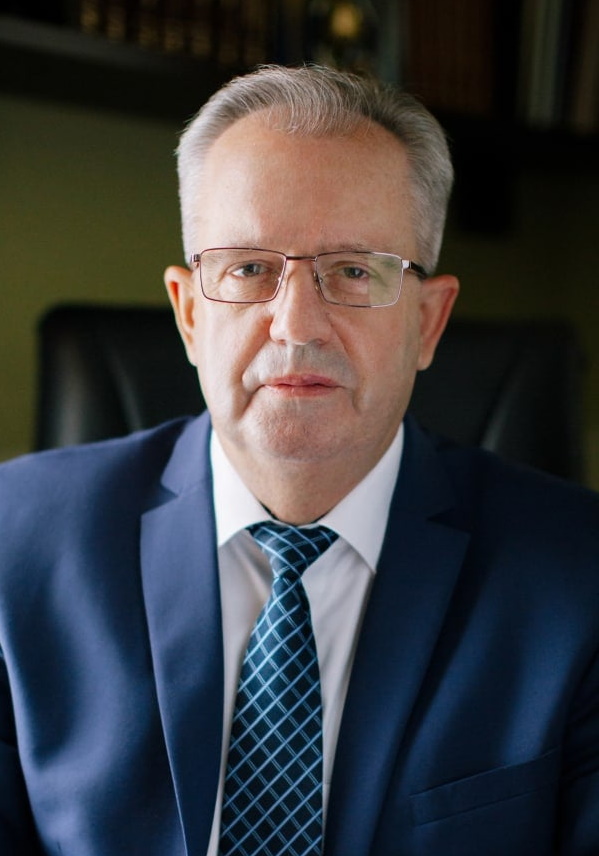 Prof. Getman was born on July 18, 1958 in Zidki, Zmiiv district, Kharkiv region. He graduated from Kharkiv Law Institute (now – Yaroslav Mudryi National Law University) in 1983. During 1983-1986 he was a postgraduate researcher there. From 1986 he worked as an assistant, senior lecturer, associate professor, deputy dean, and began his post-doctoral studies in 1992. From 1995 he worked as a head of the Department of Planning and Coordination of Legal Research, and from 1998 to 2001 – as a Chief Scientific Secretary of the Academy of Legal Sciences of Ukraine (now – the National Academy of Legal Sciences of Ukraine). In 2001-2007 Prof. Getrman was the Vice-Rector for Academic Affairs, from 2007 to 2020 –the Vice-Rector for Research. Since December, 2020 Prof. Getman has been working as the Rector of the Yaroslav the Wise National Law University.

Prof. Getman is a member of the editorial board of journals: “Problems of Legality”; “Bulletin of the Ministry of Justice of Ukraine”, “Bulletin of the National Mediation and Conciliation Service”; “Environmental Bulletin of Ukraine”; “Forensic Medical Examination”; NLU Bulletin Series: Philosophy, Philosophy of Law, Sociology, Political Science; NLU Series: Economic Theory and Law; NLU E-Collection “Theory and Practice of Jurisprudence”; Journal “Lawyer of Ukraine”; Editorial Board of International Scientific Journals of the SWorld Project, Journal “Sociology of Law”; a member of the Research Council of the legal journal “Law of Ukraine”.

Anatolii Getman is a Laureate of the State Prize of Ukraine in the field of science and technology (2012); of Yaroslav Mudryi Prize (2003; 2009); St. Vladimir’s Prize for the best scientific and legal publication in Ukraine (2014); Honoured Worker of Science and Technology of Ukraine (2003); Honorary citizen of Kharkiv region (2017); awarded the Order of Merit of the 3rd degree (2013); the Diploma of the Verkhovna Rada of Ukraine (2009); the Diplomas of the Kharkiv Regional State Administration (2006, 2008), Kharkiv City Council (2008, 2013), Association of Local Self-Government Bodies of Kharkiv Region (2017); the honorary badge (Order) of Yaroslav Mudryi National Law University of the 3rd degree (2015); Commemorative medal “10 years of the Ministry of Home Affairs of Ukraine” (2001); the award of the Ministry of Home Affairs of Ukraine “For supporting Ministry of Home Affairs of Ukraine” (2005, 2010); the award of the Union of Lawyers of Ukraine “Outstanding Lawyer of Ukraine” (2010, 2013); the Honorary Badge of the Ukrainian Section of the International Police Association (2011); MARTIS award “Golden Fortune” (2011, 2018); the badge “Distinction of the Chairman of the Constitutional Court of Ukraine” (2014); the jubilee memorial badge “90 Years of the National Academy of Home Affairs” (2015); the medal of the All-Ukrainian Association “Country” “25 years of independence of Ukraine” (2016); the Certificate of Excellence of the Oxford Club of Rectors of the leading universities of Europe in the category “Social Sciences” (2016); the diploma of the International Socrates Committee (Oxford, Great Britain) “Name of the Year – 2018” (2018); Vasyl Maslov scholar (in jurisprudence), Kharkiv Regional State Administration (2012); Honorary Professor of Zaporizhzhia National University (2014), the award of the Ministry of Defence of Ukraine – Badge of Honour (2019).