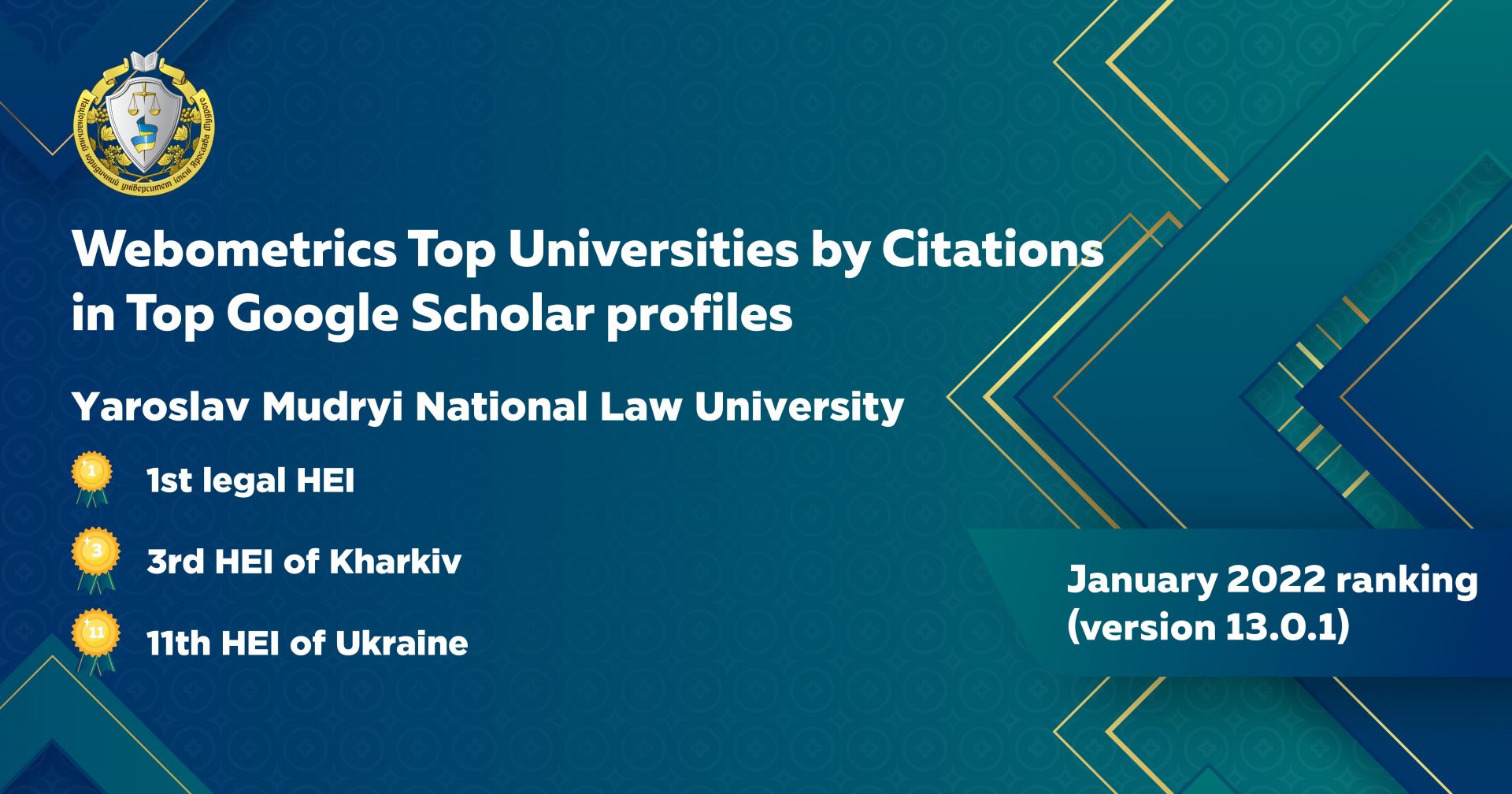 Citations from the top 210 public profiles of each university are collected. The top twenty profiles of the list are EXCLUDED for improving representativeness by removing outliers. For the rest of the top profiles, the numbers of citations are added and the institutions are ranked in descending order of this indicator.

This version consists only of Top entries (citations>1,000), about 4,800 institutions.

In January 2021 ranking (version 11.1.4 beta) Yaroslav Mudryi National Law University with a score of 4,531 citations was ranked 51st out of 67 Ukrainian universities in the ranking.

In a recently published ranking for January 2022 (version 13.0.1) with a score of 51,351 citations, the University improved its position by 40 positions and took 11th place.

It should be noted that according to this indicator, the University is the 1st among the legal HEI’s of Ukraine, the 3rd among HEI’s of Kharkiv and the 11th among 87 HEI’s of Ukraine, which were included in the ranking.

In the global dimension, our University took 1,726th place. For comparison, in the ranking for January 2021, it was in 2,851st place. Thus, during the year Yaroslav Mudryi National University improved its position by 1,125 points. The universities of the Czech Republic (University of Economics Prague), Taiwan (Ming Chi University of Technology) and Poland (Poznan University of Medical Sciences) are ahead of us by several points.

Data from this ranking will be used as an indicator of transparency for the next issue of the Ranking Web of Universities.

Assistant Professor of the Department of Legal History of Ukraine and foreign countries, Rinata Kazak, became an accredited participant of the UN COP27
23.11.2022ByPress

Dear students, postgraduates and teachers of our University!
18.11.2022ByPress

The Humanitarian Aid Headquarters of the University
21.04.2022ByPress

Children are our future and the future of the independent Ukraine!
19.04.2022ByPress