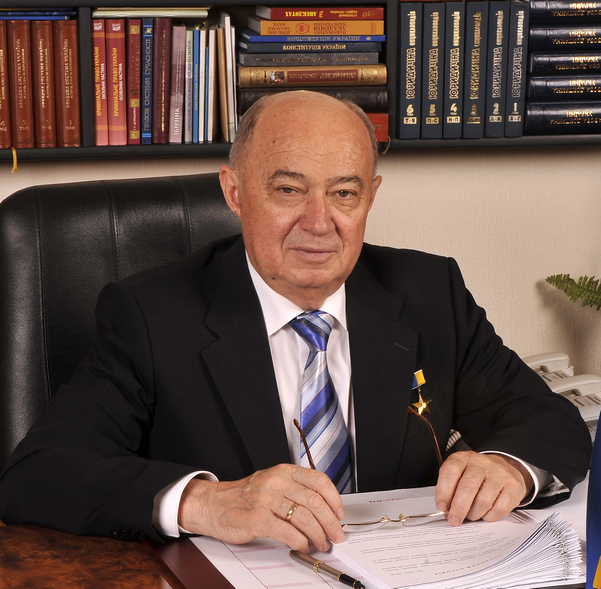 Adviser to the Rector

From 1993 to 2016 Vasyl Tatsii was the President, and since 2016 – Honorary President, Advisor to the Presidium of the National Academy of Legal Sciences of Ukraine – the highest legal research institution of Ukraine, created on his initiative and with his direct active participation.

Vasyl Tatsii is an author of more than 800 research papers, including about 60 monographs, textbooks and manuals. His works are devoted to the study of fundamental problems of criminal law (grounds for criminal responsibility, corpus delicti, object of criminal law protection, crimes against the foundations of national security, crimes in the field of economic activity, crimes against the environment, etc.), problems of theory of state and law (methodology of legal science, comparative legal research and law enforcement), constitutional law (principles of organization of the legislative process, legal nature and hierarchy of legal acts, etc.).

Vasyl Tatsii is a recognized organizer of higher legal education in Ukraine. Heading Yaroslav Mudryi National Law University from 1987, he has made a significant contribution to the organization of its activities, to the creation of a strong academic team, appropriate conditions for the teaching process, research, high quality training, harmonious and cultural development of future specialists, financial stability of the university, development of its facilities, development of international relations. His contribution to the renewal of the entire system of legal education in Ukraine, to the improvement of its content, the introduction of advanced teaching methods, the integration of teaching, research and legal practice is significant.

Vasyl Tatsii has contributed to the development of the law-governed state in Ukraine, improvement of the legislative process and law enforcement practice. As a member of the Constitutional Commission he participated in the drafting of the Constitution of Ukraine in 1996, was a chairman of the working group of the Cabinet of Ministers on drafting the Criminal Code of Ukraine in 2001. He was a member of the governmental delegation of Ukraine at the UN Diplomatic Conference of Plenipotentiaries on the Establishment of an International Criminal Court. He participated in the drafting of the Statute of the International Criminal Court and in the drafting of many other legal acts.